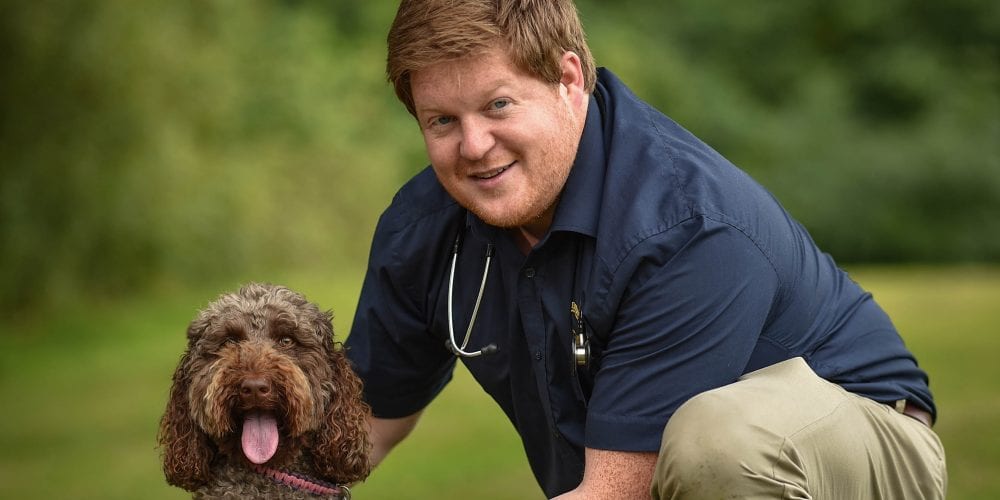 A MIDDLEWICH vet who once saved a snake after it was attacked by a hamster has been appointed as a new branch partner for an independent veterinary group.

Dan Walters heads up the team at Middlewich Veterinary Surgery, which is part of the independently-owned Willows Veterinary Group, and has dealt with a whole range of pet complaints in a nine-year career dedicated to caring for and treating a variety of small animals.

He recalled the time he found a cat by the side of the road while driving home from a meal out with his wife Natalie who is also a vet. 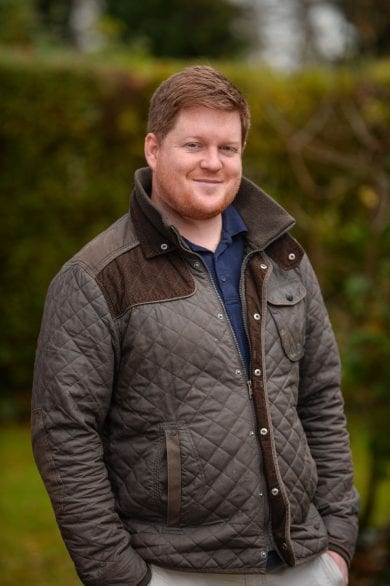 Dan, 33, a father-of-two from Middlewich, who has two cats himself called Skimble Shanks and Mungo Jerry, said: “It was an incredibly fortunate cat because not only was she found by two vets, who had a stethoscope on the back seat, but it was about 200 yards from the main Willows Veterinary Hospital in Hartford where I worked at the time.

“We took it straight to the hospital and treated her for shock. Fortunately, she was microchipped which meant we were also able to find the owner very quickly and the next day we removed her eye and amputated her tail. She went on to make a full recovery.

“She wouldn’t have survived if we hadn’t found her and treated her so quickly because she was wet, cold and in shock and pain. I have always remembered how lucky that cat was.”

One of his more unusual career moments to date was when Dan treated a snake for broken ribs and some painful flesh wounds after it was bitten by a hamster.

Dan said: “When the hamster bit it, it broke some of its ribs. I treated the wounds with a human burns cream which I had seen used with good results on the reptiles at Paignton Zoo in Devon, when I was a student.

“We also gave it antibiotics and pain relief and I am pleased to say it made a full recovery. The hamster was unharmed too which was pretty unusual because normally you would have expected the snake to attack the hamster and not the other way round!

“I have no idea how the two creatures came to encounter one another but the main thing is that they both survived.

“I don’t treat snakes or other reptiles on a regular basis and we have experts within Willows Veterinary Group who are more experienced with exotic creatures, who we can call upon or refer on to if we need to.

“The variety of the job is one of the things I really enjoy. Every animal is different, every case is different. It’s getting to know and understand the relationship people have with their pets. You are not just treating an animal, but you are treating a family member which they have an incredibly strong bond with.

“It’s a privilege to be entrusted with the care of our clients’ pets.”

Dan’s dedication to his work, clinical skills and rapport with clients at the Middlewich surgery in Newton Heath has earned him the status of Small Animal Branch Partner within Willows Veterinary Group.

The group has a network of 25 small animal surgeries, a referral veterinary hospital, two equine centres and a seven-office farm practice located across Cheshire and into the Wirral, North Wales and Staffordshire. It is accredited by The Royal College of Veterinary Surgeons.

In the last 12 months, Dan and his team at Middlewich Veterinary Surgery have seen client numbers increase and his aim is to continue to ensure the surgery thrives and offers the highest standard of pet care and treatment.

The surgery has just received an outstanding award for its client care in a practice standards scheme run by The Royal College of Veterinary Surgeons (RCVS) which is a voluntary programme to accredit veterinary practices in the UK.

Dan, who graduated from Liverpool University in 2008, said: “I am very happy and pleased to be joining the partnership at Willows. I have spent my career with them, joining them as a graduate, so it feels like quite an achievement.

“The support you get from a group like Willows is great. It is a veterinary group with quite a depth of fields, so you have access to a fantastic network of specialist support which can be invaluable when you are dealing with some of the more complex cases.

“Because it is independently run by veterinary professionals, we do tend to have better clinical freedom.

“We put the pets’ welfare first and treat the animals in the very best way possible which is very important to me.”